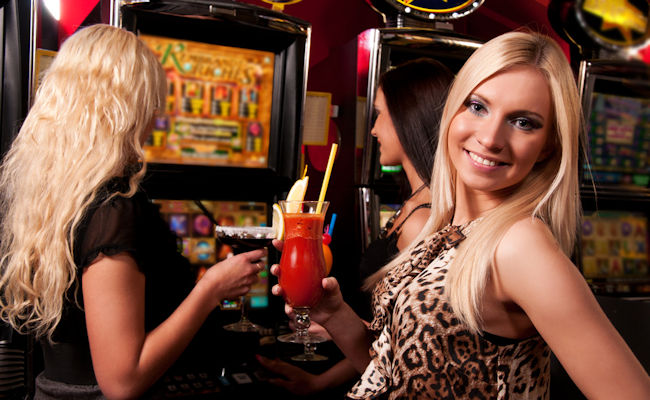 The word “casino” often evokes the idea of a well-dressed man sitting at a poker table with a glass of whiskey. At his side you’d then find a beautiful blond, which somehow magically guarantees that he’ll get the right cards.

The famous James Bond movies are one of the reasons why women are often seen as little more than an accessory in casinos - a bring-luck charm of sorts. But in reality, most women don’t visit casinos merely to provide a burst of morale to their boyfriends, husbands or guys. On the contrary - they often come to seize some really big wins for themselves. And many of them in fact succeed.

In fact, female players are not rare at all nowadays. They seek out this form of past-time especially due to the relaxation it can bring, but their gameplay in general differs from that of male players. As the saying goes, men are from Mars and women are from Venus. And the idea also holds, at least to some extent, in casinos.

The favorite games of ladies

While men generally prefer tactical card games which allow them to show off their skills, women rather prefer relaxing with slot machines. Perhaps because of that, slots featuring prominent heroines are highly sought after among female players - examples include Wonder Woman and Bridesmaids. Comics-themed and classical slot machines are also very popular in this regard.

The second most popular kind of game among female players is roulette. It is sought after especially due to its simpler rules and due to the fact that winning depends mostly on luck. Many women like to rely on luck, since this provides them with a higher dosage of excitement.

We’ll find a bit more female players on online casinos than in brick-and-mortar ones. The reason for this is that online play offers a range of benefits - the comfort of your home, generous bonuses, and the possibility of enjoying your favorite games from anywhere and whenever you want. In addition, many websites offer a wide selection of games - often featuring popular games that are missing in brick-and-mortar casinos.

Women are generally more emotional than men. However, they can successfully suppress their emotions during gameplay. Female players play in a more considerate fashion and often shy away from placing very large bets. However, this all changes once they score a win. At that point all the bottled emotions come back, and quite often in a grand fashion. Indeed, it’s not rare to see women screaming with happiness, jumping around, and sometimes even crying tears of joy. On the other hand, men don’t mind going for high-risk plays and will more frequently make higher bets. But when they do win, they express their satisfaction in a more contained manner.

Some of these women discovered their abilities by compete by accident, while others have years of training behind them. But all are joined together by a single thing - their passion for the game. They are some of the most successful casino queens which did not hesitate to show their talent to the world:

The reasons women visit casinos? The thrill of the game

As we mentioned above, women tend to visit casinos for entertainment and relaxation. Indeed, casino games offer them the possibility of escaping from reality and getting all the relaxation they need. This means that the thrill of the game is often more important to them than ending with a positive balance.

And while the number of women in casinos is still a bit lower than the number of men, we can certainly say that casinos are not a men-only thing. After all, lady luck doesn’t care whether you’re a man or woman - she helps those who are brave and don’t shy away from the right risks!