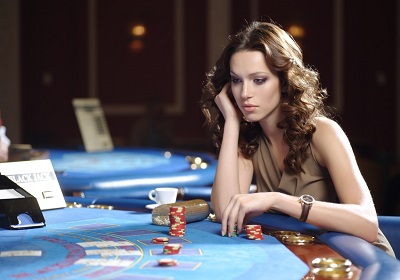 Blackjack, the gambling game offering the highest probability of winning

Blackjack is the oldest and also most popular card game played all over the world. You can find it in all brick-and-mortar casinos, online casinos, gambling houses and various clubs. Blackjack is sometimes also called "21".

Why the game is called blackjack

Blackjack is played with a pack of cards, specifically French cards. These are the same cards that are used for most classic card games. Originally, blackjack referred to a winning combination consisting of two specific cards – an ace and a "black jack". However, today blackjack means that your first two cards add up to a value of 21. This means that a blackjack consists of one ace and one card with a value of 10. The original name of the game remained unchanged since its creation.

Chance or strategy in blackjack

As in every gambling game, blackjack is also about chance and luck, to some extent. However, this is one of the very few games where an experienced player can cancel out the house advantage and turn the game into his favor. If you want to increase your chance of winning, you should know at least about the most basic blackjack strategy. This requires good memory and decision-making as well as basic mathematical skills. The basic blackjack strategy is often illustrated in the form of a table containing all combinations of cards, with recommendations for the best possible move for the player. We recommend learning the right moves by first playing blackjack for free. This allows you to gain experience; after some time, you will be able to reliably leave from a visit to the casino and/or a gambling house with a win.

The rules of blackjack are simple. Your goal is to defeat the croupier (also called the dealer). To do so, you need to hold a higher value of cards than those held by the croupier, but you must be careful not to exceed the value of 21. You also win if the croupier exceeds 21 or if your first two cards are a blackjack – meaning that their value is precisely 21.

How to start playing

The first step in a brick-and-mortar usually involves getting chips for your real money. You don't put money into the croupier's hand, but instead leave them on the table. Before a game, you place your bets (in the form of chips) on the designated spot on the table. And after that, a game of blackjack can begin.

As soon as the game begins, the player will need to decide how to proceed. There are several options, each with its own name:

Blackjack rules for the croupier

Once players are out of options, the croupier will reveal his second card and proceed based on fixed, deterministic rules. If the sum of his first two cards is at most 16, he must draw. If his cards have a value of 17 or more, he must stand and cannot draw another card.

Winning or losing in blackjack

The player wins whenever he holds cards with a value greater than those of the croupier, as long as the player's value doesn't exceed 21.

The player loses whenever he holds cards with a value lower than those of the croupier or if the player's value exceeds 21.

A draw occurs if both the croupier and the player hold the same value of cards.