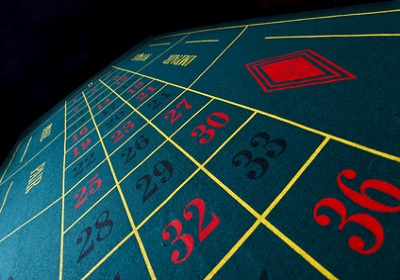 The Parlay system is one of the newest roulette systems out there, only discovered recently. The verbatim English translation is – "bet the winnings accrued from your last bet again“. The system was established accidentally, when a roulette player in a Las Vegas casino became so fascinated with the croupier's beauty that he accidentally left his chips on the same colour for several spins. He ended up doubling his winnings several times simply by luck. This principle is very easy and is currently very popular among players. Players throughout the world use this system.

How does it work?

The whole Parlay system is based on repeating your bets on a colour (or on a group of numbers for more aggressive forms of playing), which wins most often during the game. If you were to sit down and record the winning colours for a series of spins, you would see that the same colour wins in succession on multiple occasions. A longer series of one colour winning (red or black series) happens rather frequently. Of course, it is all a matter of luck and chance, things experienced players have to take into consideration.

The entire system is based on the player placing his chip on a colour of their choice. It's based on the pyramid system. If the selected colour wins, you leave your chip on the same field and add your current winnings from the previous bet. You repeat the procedure when you win again. The system is based on winning at least four consecutive spins. Of course, you, the player determine the length of the series. When you lose, the series starts over with a single chip on which you build using your winnings from each previous bet. If you lose on your third spin, you only lose one chip – the first chip you bet. Winning on the fourth spin represents a profit of 16 chips.

It is a rather risky playing method, because the odds on the same colour winning 4 times in a row are relatively low. This risk is compensated by the fact that in the event that you lose, you do not give up a large sum of your own capital.

When is it recommended to use the Parlay strategy?

Whether you play at a live casino or online casino, the Parlay system is a relatively effective way of achieving a big profit in a short amount of time. Presuming you do not have much money to start with, but you are looking to play, you will definitely fancy the Parlay system. You can try it without the risk of losing a higher amount. Waiting on your lucky series will not take that long. You will see.

The most common case of applying this system is in roulette tournaments. Tournament play requires playing aggressively and taking risks, provided you aim to win.