How to improve your chances of winning in lottery? 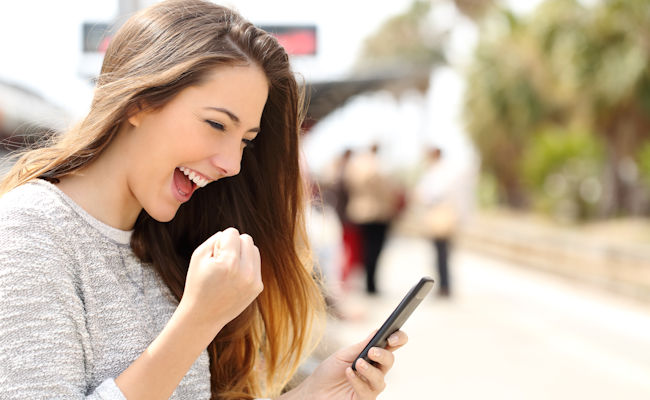 Winning in lottery is mostly up to luck. The probability may seem very low at first glance, however the moving stories of people who won from all over the world send a clear message that it is indeed possible. In other words, winning large sums is not just a fairytale story but can actually happen. However, does there exist any guaranteed way to improve your chances?

There are numerous websites that offer “guaranteed tips and tricks” that should help you win. For instance, they claim you should only buy tickets when there’s a full moon. Esoterics place their faith in a soothsaying pendulum, which they use to select their numbers. And if you haven’t tried a bit of candlelight magic yet (don’t even ask what's it about), you’re not a true gambler. However, the truth is that you don’t need to pour magical sand on a paper with numbers to win - and it doesn’t matter what you had for lunch that day, either. You need a completely different kind of magic to win.

1. Take part in the game

This might sound crazy, but many people dream about winning a lottery without even trying and taking part in the game. One can of course hope for a miracle, but unless you actually place a bet, you’re guaranteed to never win.

Online lotteries are a great alternative, since they offer a range of benefits. They can save you a ton of time, since you don’t need to actually go anywhere to buy a ticket. You can create your combination and then place a bet on your numbers with a single click. In addition, you don’t need to worry about losing your ticket or having it stolen. It will be safely stored on your gaming account.

Instinct guides us through all of our important decisions in life. When choosing numbers, follow your intuition – it’s the simplest way to succeed. And who knows, perhaps lady luck will smile on you.

3. Statistics as a starting point

If you are really struggling with choosing the right numbers, you can make a decision based on statistical analysis. Have a look at which numbers were drawn most frequently. Regardless of whether you then decide to bet on the numbers which were drawn the most, or rather on those which were drawn the least, it should not change your probability of winning. Another disadvantage of this approach is that anyone else following the same strategy could have bet on these numbers. Well, and we leave it up to you whether you’d rather split the hypothetical prize or keep it all for yourselves.

Lucky numbers usually mean dates which prominently influenced your life. Many lottery players believe that precisely these numbers will bring them their magical prize. However, the truth is that lucky numbers can do you more harm than good. How so? If you decide to bet on a date, you will be limiting your pool of possible numbers to 1-31. Most lotteries also include higher numbers, and so this will significantly reduce your odds. To be clear, it’s not the case that higher numbers would have a higher chance to be picked. But there will surely be more people who will bet based on a date - meaning that if lower numbers are used, there is a greater chance that you’ll need to share your prize.

5. Patience is bitter, but its fruit is sweet

Repetition is key. And that motto holds true not only in various life situations, but also in lottery. You might not win the lottery with your first ticket (even though it’s certainly an appealing idea), but playing repeatedly is a sure way to increase your chances. Most winners who got rich thanks to a lottery also needed a number of unsuccessful attempts before they hit the jackpot. And there are also those who won large sums multiple times thanks to betting regularly.

6. Systematic betting as a path to success

Systematic betting, also called “combo betting”, is based on creating several numerical combinations with the aim of increasing your chances of winning. The idea is very simple - you place bets on multiple numbers, and these are then combined. Each lottery has its own number of selected numbers, and a combined bet allows you to choose multiple. Naturally, more bets mean a higher chance of winning.

Do you also have other tips and tricks that you believe in? Good luck. It doesn’t matter which lottery you like. Place your bets on your lucky numbers, and we’ll keep our fingers crossed at the next draw.