The history of roulette 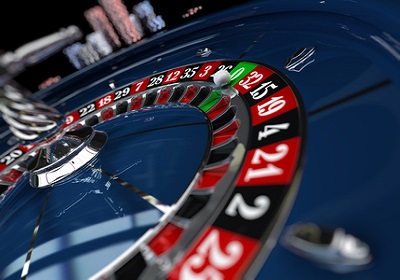 Roulette has, for a long time, been one of the most popular gambling games throughout the world. It has become the symbol of luxurious casinos, as well as in its modern day form – online casino on the internet: What are the origins of roulette? As part of our article, we return to the past in an attempt to trace the origins of this gambling game.

There are many opinions on this matter. Many say a game similar to roulette was played in ancient China and merchants then brought it over to Europe from the Far East. There may be some truth in this statement. We tend to incline towards the opinion that roulette, the way it is played today, developed in France in the 18th century. French mathematician and physicist Blaise Pascal is identified as the inventor of roulette. However, his intention was not to create a new gambling game. The roulette wheel was used as a random number generator. Sources say the wheel began to be used for gambling several decades later. The first written mention of roulette dates back to 1796. 1843 brought another milestone, with the addition of the number 0 by François and Louis Blanc. At this time, the gambling game had expanded throughout most of Europe.

It did not take long for roulette to expand further. Emigrants brought it to America shortly after. American casinos made another change, adding the double zero. This modification generated higher profits for casinos. Despite the American version of roulette being less advantageous for the player, many enjoy it so much that they prefer it to the European version.

By the end of the last century, roulette was only found in casinos. With the evolution of technology came an electronic version of roulette played in smaller game rooms. It continued to develop into its modern form – online roulette. You can play this form of the game whenever and wherever you want. All you need is an internet connection and a notebook, tablet or smartphone. Online casinos offer all popular versions of this game over the internet, even some of the less known versions (for example, roulette with multiple wheels, etc.). In recent years, playing online roulette with a live croupier has become popular. Playing this game, you are drawn into an actual casino via camera with beautiful women croupiers.