Eurojackpot - a record win for a Finnish player 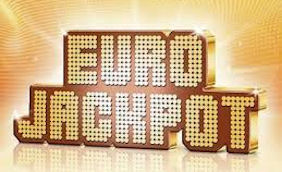 Eurojackpot is a lottery currently operating in 17 European countries and preparing for launch in others. Next year the lottery will launch for example in Hungary and in Slovakia. The Czech Republic also looks promising; the national lottery company Sazka is getting everything ready for licensing. However, today it is already possible to join the online lottery over the Internet and from anywhere. All you need is a computer connected to the Internet, a tablet or a cell phone and you can bet your lucky numbers.

Players attempt to guess five out of fifty-two numbers plus two out of eight bonus numbers. You could say that the chance to win is minimal, but the size of the jackpot compensates for the odds. According to the rules, the jackpot never drops below EUR 10 million. The Eurojackpot draw takes place once per week in Helsinki, every Friday after 09:00 p.m. CET and half of all bets are always split among the winners.

Most recently a Finnish player from the town of Espoo guessed the numbers 2, 9, 17, 25 and 29 + two bonus numbers 3 and 5 and won more than EUR 61 million. The popularity of Eurojackpot is on the rise in Finland, with around 800,000 Finns playing regularly. The popularity of the lottery is increasing in other European countries as well.

What would you do with your win? I have many dreams, a lot of imagination, but this ends after a few millions.