Can a lottery winner remain anonymous? 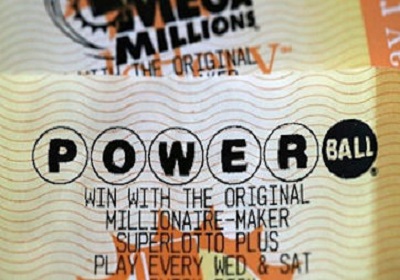 An anonymous millionaire refused to accept her prize;
will she be able to enforce her right to remain anonymous?

In January 2018 the life of one woman from the United States changed forever. The woman from New Hampshire won almost 560 million USD in Powerball. However, the pay-out of the prize had an interesting twist. In accordance with local law, the name and the city she comes from have to be published. The winner does not want to do this and wishes to collect her prize anonymously; she refuses to collect the money under the current conditions.

The CEO of the lottery company Charlie McIntyre stated that he has to follow the law and if the woman refuses to accept the win, she will have to go to court. In recent years, disputes regarding the identification of winners have become quite common and every country has a different way of settling them. There are basically two options. In some countries, it is possible to collect a win anonymously, while in others the law requires the betting company to publish the name and city of the winner.

Will she lose her fortune?

The state of New Hampshire tried to come up with a compromise by creating an anonymous trust that can be founded by the winner. The lottery then communicates with the person authorized by the winner to manage the win. However, in this specific case, the woman has already signed the winning ticket and this compromise therefore cannot be used. Still, her lawyer is attempting to maintain the anonymity of his/her client, which was the wish of the client ever since she found out about the win.

The prize of a lifetime

The purpose of publishing the name of winners is to reduce and prevent distrust of citizens towards the lottery. In the past, the identity of winners has been disclosed practically every time, even when the winner accepted the win anonymously. On the other hand, in view of past tragedies, critics have stated that publishing the name of a winner of a huge sum is like “throwing meat into shark-filled waters”. Two years ago, the winner of 434 thousand was murdered in his home, when the thieves found him thanks to a published picture with the prize.

The question is what will the winner from New Hampshire decide to do in the end. Will she give up a fortune that could provide for her and her family for several generations, or will she be brave enough to accept the prize? We hope fate is kind to her and she will be able to enjoy her prize.

Fight for anonymity ends with successful

The winner of 560 million from New Hampshire won the right to remain anonymous. Despite the laws in this American state, the court has ruled in her favor and allowed her to remain anonymous. She claimed that she wished to continue her normal life, go to work and attend social events without the unwanted attention due to her win. The judge ruled in her favor and gave priority to her right to lead a “normal life” over the law that requires the lottery company to publish the name and city of the winner.

Future plans of the millionaire

The identity of the woman therefore remains unknown, but the judge allowed the lottery to publish the city she comes from. The woman lives in the town of Merrimack with 25,000 inhabitants, and according to her legal representative, she jumped up in joy after hearing the ruling. The woman accepted the prize in the beginning of February in a single payment. However, in this case the prize is severely taxed; in the end, she was left with 264 million USD. She is planning various charity activities and her lawyers stated that she plans to give out 25-50 million dollars during her lifetime.