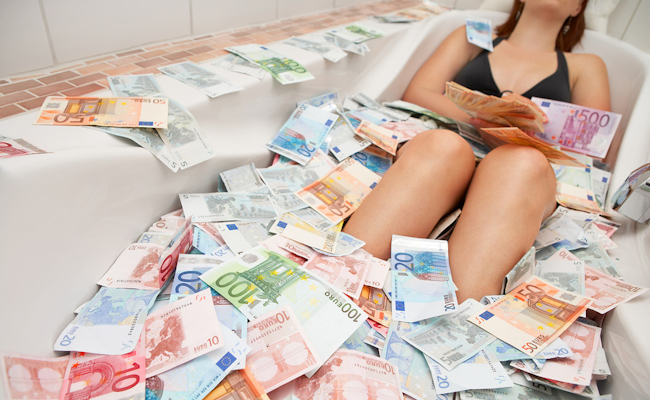 The players of the EuroJackpot lottery are definitively in the sights of Lady Luck. Only a few months ago, a Czech person managed to won approximately 55 million Euros and we already have another winner. The millionaire club grew by one lucky Finnish person that won the maximum jackpot of 90 million Euros.

In the EuroJackpot lottery, the maximum prize can grow up to 90 million. And that’s what happened last week. The fairytale prize was carried home by a person from Finland and the win was made with the numbers 15, 18, 19, 41 an 42. Andreas Kötter, the president of the EuroJackpot lottery wholeheartedly congratulated the winner and added that this is the second Jackpot of this lottery game that will go to Finland.

It is also the second 90-million Euro jackpot in the EuroJackpot game this year. The first one fell in May and it was split up by two players from Poland and North Rhine-Westphalia.

The residents of the Finish town of Siilijarvi decided that they won’t give Lady Luck even the smallest chance to chose someone else. 50 players put their heads together and made bets in the favorite international lottery EuroJackpot. Their goal was to win the 90-million-Euro Jackpot. The strength of the group determination won this time as well and every one of the 50 involved people will take home 1.8 million Euros.

This method of playing can be an inspiration for other players. Put your neighbors, friends and distant cousins together and maybe Lady Luck will smile at you too. The next draw will take place on Friday 6/9/2019 at 6 p.m. and the current Jackpot is an amazing 21 million Euros. Who wants to be the next millionaire?

How to play the Eurojackpot lottery

You can partake in the Eurojackpot game in 18 European countries The players’ goal is to guess 7 numbers. The first 5 numbers are selected out of 50 numbers (1-50). The last two numbers (Euro-numbers) are guessed out of 10 numbers (1-10).

The price of a single ticket is only € 2. You can add the additional EUROJACKPOT JOKER game to your guess that will significantly increase your chances of winning.

Take part in the Eurojackpot lottery

If you want to try your chances in the Eurojackpot lottery, you have multiple options. You can buy the ticket in person or select the more comfortable option which is guessing via a computer or phone. Good luck!